In the process of designing the PMS collection, we wanted to know more about the different experiences of PMS and PMDD. In doing research, we came in contact with PhD student at Northumbria University, Kelly McNulty. Kelly investigates the effects of the menstrual cycle and hormonal contraceptive use on performance, recovery, and adaptation in sportswomen. Furthermore, Kelly is the founder of The Period of The Period which aims to promote awareness and increase evidence-based education on the topics surrounding women's health in sport and exercise.

“It’s reported that approximately 90% of women experience some PMS symptoms, like headaches, breast pain, bloating, water retention, weight gain, changes in appetite, nausea and constipation. However, it’s important to recognize that every woman experience PMS symptom differently, for example the number of and the severity of symptoms you experience and when you experience them can vary from person-to-person as well as from cycle-to-cycle.” 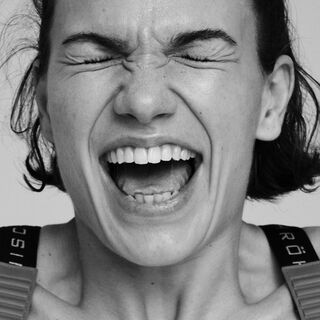 What is PMS, really?

Premenstrual syndrome (PMS) is the name given to a recurring pattern of both physical and emotional symptoms – which interfere with your normal day-to-day life. These symptoms appear during the luteal phase of the menstrual cycle (typically in the days leading up to menstruation) but usually improve within a few days after the onset of your period and disappear entirely by the end of your period.

Do I have PMS?

It’s reported that most women (~90%) experience some PMS symptoms – of which there are over 150 – yes, you did read that correctly! Some common symptoms include headaches, breast pain (including swelling and tenderness), bloating, water retention, weight gain, changes in appetite, cravings, nausea, constipation, back pain, difficulty sleeping, anxiety, irritability, anger, and fatigue.
However, it’s important to recognise that every woman experience PMS symptom differently, for example the number of and the severity of symptoms you experience and when you experience them can vary from person-to-person as well as from cycle-to-cycle (although they tend to form a pattern over time).

Despite PMS being common, no one knows exactly why it happens – or why some women have symptoms whilst other don’t - usual caveat: we need more research! In fact, one paper found that there are five times more studies on erectile dysfunction which ~19% of men suffer from, compared to PMS which affects ~90% of women. However, potential reasons include changes in reproductive hormones (i.e., the decline in oestrogen and progesterone towards the end of each cycle and the sensitivity to these hormonal changes), genetic factors, and lifestyle and how these all interact with one another.

There are many ways to manage PMS symptoms which will allow you to get on with your day-to-day life, from lifestyle to medical. Often, lifestyle factors are suggested in the first instance, for example:
1. Making sure you’re eating a healthy balanced diet as well as eating regularly (particularly during the luteal phase of your cycle).
2. Taking part in regular exercise and physical activity.
3. Reducing stress through the likes of yoga, meditation, breathing work and other self-care techniques.
4. Getting more high-quality sleep (7 to 8 hours is recommended).
Medical options to help PMS symptoms include, hormonal contraception, cognitive behavioural therapy, as well as surgical treatments (i.e., if you have severe symptoms and all other treatments have not helped). Finally, there are several alternative or complementary therapies for PMS which many women find helpful, although there is little evidence to show that they are effective.
Overall, the best way to overcome your PMS symptoms is to figure out your own unique patterns and what solutions work best for relieving your symptoms.

“Exercise is known to increase endorphin levels, to help regulate progesterone and oestrogen synthesis and to encourage the production of endogenous anti-inflammatory chemicals” 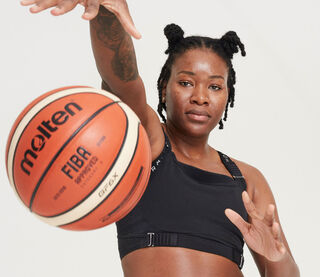 As mentioned above, there are many non-pharmacological and pharmacological treatment methods are used to alleviate PMS. Specifically, exercise is known to increase endorphin levels, to help regulate progesterone and oestrogen synthesis and to encourage the production of endogenous anti-inflammatory chemicals. Exercising also brings other benefits, such as improved overall fitness, opportunities to socialise, and the potential for reduction in feelings of depression, all of which might help to reduce some of the PMS symptoms.
For example, two recent reviews highlight that:
A) Compared to a non-exercise intervention exercise might be an effective treatment for PMS, but some uncertainty remains.
B) Regardless of the type, regular exercise is an effective way of relieving a range of PMS symptoms (i.e., pain, constipation, breast sensitivity, and psychological symptoms in anxiety and anger) but not all symptoms of PMS.

In about 5% of women with PMS, it’s actually premenstrual dysphoric disorder (PMDD) PMDD is a very extreme form of PMS which can cause many physical and emotional symptoms, such as depression, anxiety, mood changes, decreased interest in usual activities, concentration, and energy, changes in appetite, sleep, and various other physical symptoms (again, it's different for different people, so you might also experience other kinds of feelings which aren't listed above).
Women who suffer from PMDD generally experience these extreme symptoms during their luteal phase and in the lead up to their period and then generally feel good from period to ovulation, before feeling these symptoms again. Whilst many of us experience mild to moderate symptoms of PMS, if you have PMDD these symptoms are much worse and can have a serious impact on your life, by making it difficult to work, socialise and healthy relationships and in some cases, it can also lead to suicidal thoughts.
In fact, in 2013, PMDD was included as a mental health disorder - the first and only mental health diagnosis related to the menstrual cycle. Again, the exact causes of PMDD are still not fully understood, however research highlights that some possible factors include being very sensitive to the fluctuations in sex hormone levels across the menstrual cycle; and/or genetics.

"PMS is common, but still not fully understood, although there is certainly a role here for lifestyle factors, such as diet, exercise, stress management and sleep in reducing PMS symptoms. Overall, getting familiar with your PMS symptom pattern, by cycle tracking, can be useful for letting you know where you are in your cycle, what symptoms you are experiencing and helping you overcome any symptoms, as well as identify triggers that exacerbate your symptoms and/or select strategies to manage your PMS symptoms."